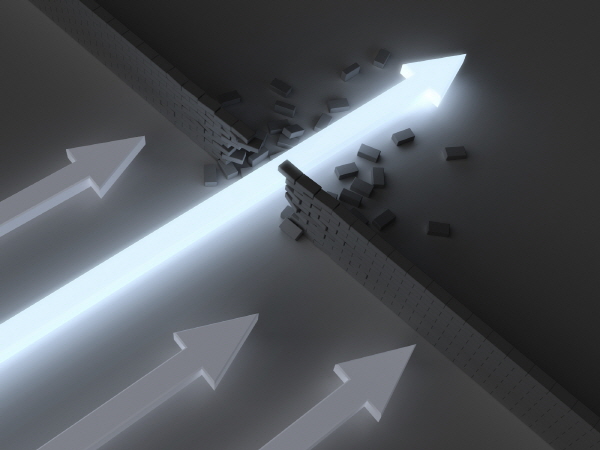 In King of the Mountain, if you aren’t fighting hard, you aren’t really playing. And if you aren’t playing, you’re losing. In this children’s game, where the goal is to push whoever is occupying the high ground out of the way and take his or her spot at the top of the mountain, the only person whose success doesn’t depend on improving in position is the king.

But maintaining the status quo doesn’t benefit anyone besides the king. And even the king can’t just cruise along — when everyone else’s full energy is directed toward taking you down, you won’t last long if you aren’t constantly defending your territory. If you want your brokerage to end up on top, you have to make sure your sales associates are playing to win.

What percentage of agents on your team are sincerely playing to improve rather than playing to cruise? The answer is a telling indicator of your team’s potential. People who are cruising stick with what they’ve always done. They’re content with where they are. In contrast, those playing to improve constantly ask themselves “What can I do to get better?” They’re focused not on maintaining but on looking for the next opportunity and stepping into it. Just as King of the Mountain players can’t depose the monarch of the moment without stepping up their game, a team in cruise control is in no position to grow and reach new heights.

If you’re leading a team that has an abundance of cruisers, it’s time to shift to a new gear. Make it your 2016 goal to change people’s mindsets so that at least 80 percent of your team is operating in “improvement” mode at any given time. You won’t hit that target overnight, but you’ll start seeing rapid and sustainable improvement by making the following three adjustments to your team’s culture.

Build a Culture That Rewards Going For It

Too often, team cultures promote the “safe play”—put in your time, don’t rock the boat, follow the script, and, after x years, you’ll be in line for a payout. But you didn’t get into real estate to play it safe. Such a culture stifles innovation and puts your team in prime position to get lapped by the competition. Shake things up by finding ways to publicly praise your outside-the-box thinkers and doers. Make sure agents understand that the way it’s been done before probably isn’t some magic formula that’ll always work. Empower them to bring you any idea they’re willing to own — and to pitch the ones you approve to colleagues.

Use every coaching opportunity you have, whether a formal performance evaluation or a hallway high-five on a big sale, to lead your team members to dream boldly about what’s next. Let them know you’re pleased when they hit a home run, but don’t let them milk previous successes. You’re leading a team of people who have chosen a career in sales, so it’s safe to assume they’re okay with competition. Use that fact to snowball individual aspirations and successes into teamwide goals and big-time wins.

Only Add Team Members Who Raise the Bar

Building a team that’s fully on board with what you’re working toward is never more important than when you bring on someone new. Only hire people who will raise the bar. Think of each hire as an opportunity to add a piece you don’t have yet, and you’ll stimulate everyone to step up.

These three enhancements to your team’s culture aren’t rocket science, but they require a strong commitment to continuous improvement that starts with you. The results you’ll see aren’t hard to interpret, either. Your team should be either on top of the mountain or striving to get there. And either way, the fight to improve continues.