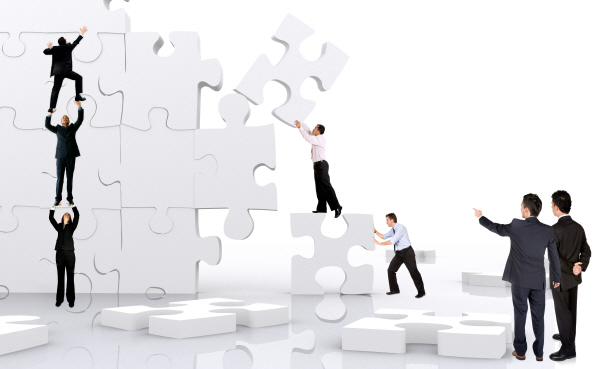 When prospective agents come into Matt Schwind’s office, he asks them why they want to get into the real estate business. Many say they love houses or HGTV, but those answers are red flags, says Schwind, managing broker for the Bettendorf, Iowa, branch office of Ruhl & Ruhl, REALTORS®.

“The real estate business isn’t about houses. It’s about people. And if you can’t communicate with people — not by text or e-mail, but face to face and on the phone — then this isn’t the right business for you,” he says.

A big part of Schwind’s job is to recruit and coach new salespeople. Unfortunately, a high percentage of new agents barely make it through their first year.

Schwind and other brokers have some tips on how owners, managers, and team leaders can help newbies buck the trend and make it through year one:

1. Emphasize to them that they’re starting a small business. “I explain to them that if they were going to open a coffee shop, they wouldn’t expect to make money for the first three to six months,” Schwind says. “Real estate is the same way.”

Saving enough money ahead of time or having another source of income (like a spouse’s salary) is the only way to actually make it through those lean times.

“It’s a tough business. New agents have to be realistic. They probably will go backwards a little financially before going forward,” Schwind says. “You will give up about two years of your life to enjoy the next 10.”

“If they come in and tell me they only had three appointments that week, I already know what is going to happen to them in six months: They won’t be in the business anymore,” says Bracy, vice president and managing broker of the Koenig/Rubloff Realty Group of Berkshire Hathaway HomeServices Magnificent Mile and Gold Coast offices in Chicago.

New agents need to understand that they’re not going to get paid if they’re not producing, says Eric Bramlett, broker-owner of Bramlett Residential in Austin, Texas.

“They see the TV shows and are looking for a quick buck in real estate,” he says. “But you actually have to pound the pavement and make lots of cold calls.”

3. Endorse office presence. As much as technology allows agents to do business outside of the office, there is a huge disadvantage if they aren’t involved in the synergy of the office atmosphere, Schwind says.

“If they stop coming into the office, they aren’t engaged in the business,” he says.

Schwind encourages his new agents to come to the office at least 40 hours a week and attend all the company trainings his brokerage has to offer.

4. Consider setting up mentorships. By officially placing new agents side by side with senior agents, they’ll not only get on-the-job training but also connect with an established pro. Rookies can go out on home tours, assist at open houses, and tag along on listing appointments before they do it on their own, Schwind explains. Make sure the mentors are rewarded for their time too.

“It’s one of the things we value highly,” he says. “Those rewards are given quarterly, and they can’t be bought.”

New agents are eligible for the award, which are based on customer surveys and feedback, and Schwind finds it motivates his team.

6. Teach them the ins and outs of open houses. An open house is an opportunity to meet potential clients, so tell your new agents to invite the neighbors, Bracy says. “Eighty-two percent of those who walk into an open house buy real estate in the next 12 months,” he adds.

Don’t talk about the dishwasher; instead, coach agents on how to get open house guests to talk about themselves, Bracy says. He gives his rookies a script and series of questions for interacting with open-house guests.

“They need to create the condition where that person is talking twice as much as they are,” he says. And for safety, Bracy always has multiple agents at every open house.

7. Help newbies connect with an experienced closing team. A new real estate agent and a new mortgage broker are a bad combination, says Bramlett. Ideally, a new agent should be paired with a closing team that can answer questions or quietly step in if they see a potential mistake.

“A good closing team will typically know more than their role in the transaction,” Bramlett says, adding that it’s a key part of giving new agents the tools and resources to stay on track.

“I can’t make a new agent be committed,” he says, “but I can show them the way.”

Lee Nelson is a freelance journalist from the Chicago area. She has written for Yahoo! Homes, TravelNursing,  MyMortgageInsider, and ChicagoStyle Weddings Magazine. She also writes a bi-monthly blog on Unigo

One thought on “7 Ways to Help New Agents Succeed”