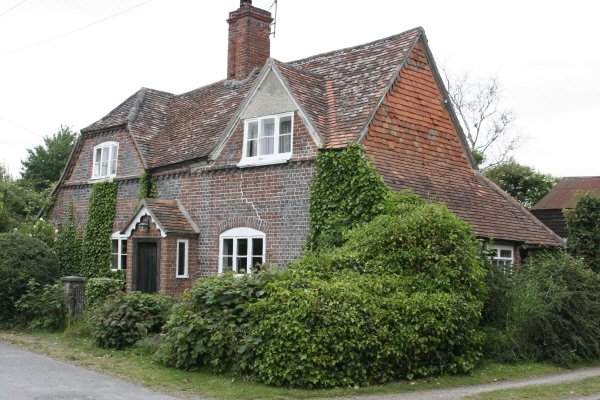 Traditional vinyl siding, long the go-to material for home builders, is increasingly being snubbed in favor of trendier manufactured stone products that may or may not contain any actual stone. The appeal of faux stone to builders and home owners is easy to understand: Fabricated stone or stone veneer exteriors are lighter weight and less expensive than natural stone and are offered in a wide array of colors and styles. Manufacturers have reported double-digit sales increases in recent years. But home inspectors are sounding off about the need for caution: Reports of water damage due to poor installation techniques have become widespread.

Home inspector Scott Patterson with Trace Inspections in Nashville, Tenn., says that in nine out of 10 homes he inspects with stone veneer siding, the product has been applied incorrectly. And home owners are reporting that water seepage behind the siding is leading to rotting walls and mold problems. Sometimes the problems don’t become evident for years after installation.

Most siding materials require little to no upkeep. Brick, engineered wood, stone (both natural and manufactured), and fiber cement are thought to last for the life of a home, according to a report released by the National Association of Home Builders and Bank of America, “Study of Life Expectancy of Home Components.” But Frank Lesh, executive director of the American Society of Home Inspectors, offers some pointers you can share with home owners to help them protect their siding from damage, including:

To avoid a case of history repeating itself, the American Society of Home Inspectors has urged members to become familiar with manufactured stone siding and to inspect it vigilantly for budding problems given its porous nature compared to actual stone. ASHI has offered seminars about how to spot problems resulting from improper installation. Home inspectors nationwide are also posting articles on their websites warning home owners to have their manufactured stone inspected.

That said, not all homes with these exteriors are doomed, says Frank Lesh, executive director at ASHI. Home owners typically experience no problems when faux stone is installed correctly and appreciate it as an affordable, lightweight alternative to natural stone exteriors. The artificial product, running about $3 to $8 per square foot before installation, is one-third to one-half the cost of genuine stone, though still about double the cost of vinyl siding. “It’s a durable, long-lasting product, but there are still things to watch out for,” says Lesh. “It has to be installed the correct way, and among subcontractors—of even some big builders—unfortunately this isn’t always the case.”

Consumers purchasing a home featuring manufactured stone veneer might consider hiring a home inspector with specialized training. Real estate pros can direct clients to ASHI’s homeinspector.org website and recommend that they search for inspectors who list an expertise in these materials in their profiles.

So how do home owners know if they have a problem? There may be visible signs; Patterson recalls one recent incident where home owners noticed the trim boards inside their home were starting to separate and found a slight discoloration on a section of their hardwood flooring. Patterson discovered the exterior’s artificial stone was not installed with sealants or the needed backer rods around a huge window frame, which led to water pouring into the walls and eventually damaging the interior wall.

Another test for potential problems is to simply tap on the stone to see if anything feels loose. “If there’s water behind it, the glue starts to come off and you may get some movement,” Lesh says. Also, look for water damage around the siding. However, inspectors warn that the problems are often hidden behind the stonework and difficult to detect until the damage has become extensive.

That’s where specialized equipment can come in handy. Patterson uses a moisture meter and an infrared camera if he suspects a problem. He also looks to make sure the artificial stone comes up to the window or door frame, with only about a half-inch buffer between the two. That space should be filled with a foam rod and a flexible sealant that seals the entire area on top. He also checks to make sure the artificial stone isn’t buried underground. There should be about six inches between the ground and the base of the stone to prevent water from seeping in.

If damage is found, recommend that your clients consider hiring a structural engineer to complete a more invasive moisture testing procedure to learn the extent of the damage to the walls behind the stonework. Many of the same contractors who fixed EIFS in the 1990s and early 2000s are working on repairing stone veneers too. Home owners may find that builders can help resolve an installation issue as well.

Repairing the damage is no small job. The cost of replacing improperly installed manufactured stone runs from about $30 to $38 per square foot of wall. And that doesn’t include repairing any damaged landscape or the replacement of the product itself.

Meanwhile, home owners’ interest in manufactured stone veneer remains strong. The vast selection of colors and textures are a draw, and when it’s installed correctly, home owners find it worth every penny. Indeed, Remodeling magazine’s 2016 Cost vs. Value Report highlighted manufactured stone veneer as having the second highest ROI out of 27 home projects, with nearly 93 percent of the cost recouped at resale. (Only attic insulation, with an ROI of nearly 117 percent, came in higher.) But don’t leave any stone unturned when doing research about the benefits and pitfalls of this emerging product category.

We can Do just MORE than HOME !!

Thinking about moving to California?

There’s a reason 38.8 million people call California home. For some, it may be the lure of Hollywood or the desire to chase ocean waves. For others, California may mean big opportunities with one of the state’s many tech companies. Whatever the reason, one thing is clear – the Golden State simply has the size, beauty and opportunity other states seem to lack. If you’re thinking about living in California, one of these 10 places might be the perfect spot.

What are the best places to live in California?

These Californian cities, listed in no particular order, are some of the best places to call home. This photo perfectly captures a daily view of the San Diego Bay.

Average Temperature: the annual high for San Diego is 69.8°F and the annual low is 57.5°F.

Who should move there: beach goers, young families, college students and health enthusiasts.

You’ll find locals: outside – the weather is always great!

Fun fact: San Diego produces more avocados than any other place in the United States. A stunning photo of the downtown Los Angeles skyline

Average Temperature: the annual high for Los Angeles is 71.7°F and the annual low is 55.9°F.

Who should move there: creatives, singles, fashionistas and sports fanatics.

You’ll find locals: at the Los Angeles Farmer’s Market. You can bargain shop, people watch and maybe spot a celebrity or two. Plus, it’s usually tourist-free.

Fun fact: the city’s original name was “The Town of Our Lady the Queen of Angels of the River Porciúncula.” A picturesque view of the houses in San Francisco, CA

Average Temperature: the annual high for San Francisco is 63.8°F and the annual low is 50.8°F.

Who should move there: techies, fitness fanatics and nature lovers.

You’ll find locals: at the parks – there are more than 200 in the city. Average Temperature: the annual high for Berkeley is 67.8°F and the annual low is 48.4°F.

Who should move there: college students and teachers, bicyclists and outdoor enthusiasts.

You’ll find locals: at the festivals. The city hosts many festivals throughout the year including the Arts Festival, Kite Festival, Juggling and Unicycling Festival and even a “How Berkeley Can You Be” festival.

Fun fact: since 2000, Berkeley has gained more than 4,470 trees along streets and in parks. This movement is part of the city’s goal to improve air quality and reduce local air temps. A photo of the Ferris wheel in Irvine, CA

Average Temperature: the annual high for Irvine is 65°F and the annual low is 47.5°F.

Who should move there: families, bicyclists, actors and college students.

You’ll find locals: at the parks, on the beach or on the trails.

Fun fact: There are more than 44 miles of bike trails and 200,000 acres of parks and preserves for outdoor sports and recreation. Who should move there: tech whizzes, college students and families.

Fun fact: San Jose was the state’s capital before the switch to Sacramento in 1854. Who should move there: Outdoor explorers, budget-conscious people, farmers and independent performers and artists.

You’ll find locals: in the Tower District. It’s the spot in Fresno for dining, arts and entertainment. Most restaurants and retail shops are locally-owned, too.

Fun fact: Fresno is known as the Raisin Capital of the World. Average Temperature: the annual high for Santa Barbara is 69.9°F and the annual low is 53.5°F.

Who should move there:  wine connoisseurs, people who love the community, college students, shopaholics and hikers.

You’ll find locals: exploring the outdoors. With about 300 days of sunshine per year, the hardest part of living in Santa Barbara is staying inside.

Fun fact: the city is often referred to as the “American Riviera” because its climate feels Mediterranean. Who should move there: job seekers, students and those who want a short commute to San Jose or San Francisco.

You’ll find locals: on the golf course. The county is located on a 60-mile peninsula that features beautiful views and outstanding, year-round conditions on the area’s many courses. A photo of the Sacramento, CA skyline at dusk

Average Temperature: the annual high for Sacramento is 73.6°F and the annual low is 48.3°F.

What it’s known for: being the capital of California, California State University at Sacramento, the UC Davis Medical Center, festivals, Crocker Art Museum, locally-grown food, the Kings (NBA) and its proximity to Lake Tahoe, San Francisco and Yosemite National Park.

Who should move there: bicyclists, outdoor adventurers, families and college students.

You’ll find locals: at one of the many restaurants in the city. There are more than 1,200!

Fun fact: Sacramento is known as “America’s Farm-to-Fork Capital” because many restaurants get their food directly from local farms.